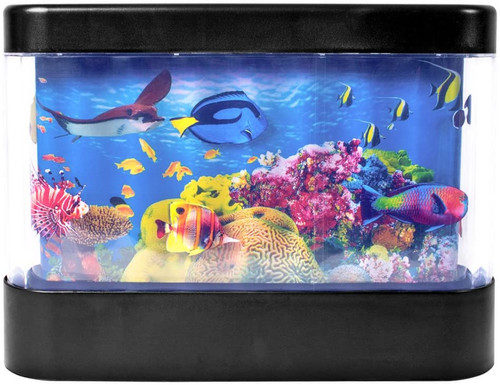 Perfect lighting for aquarium. It can also be used as a night light for kids. Made from premium quality materials. The LED lights illuminate both sides of the aquarium scene allowing for soothing and calming evening glow.